Difference between revisions of "AI War:Destroyer of Worlds" 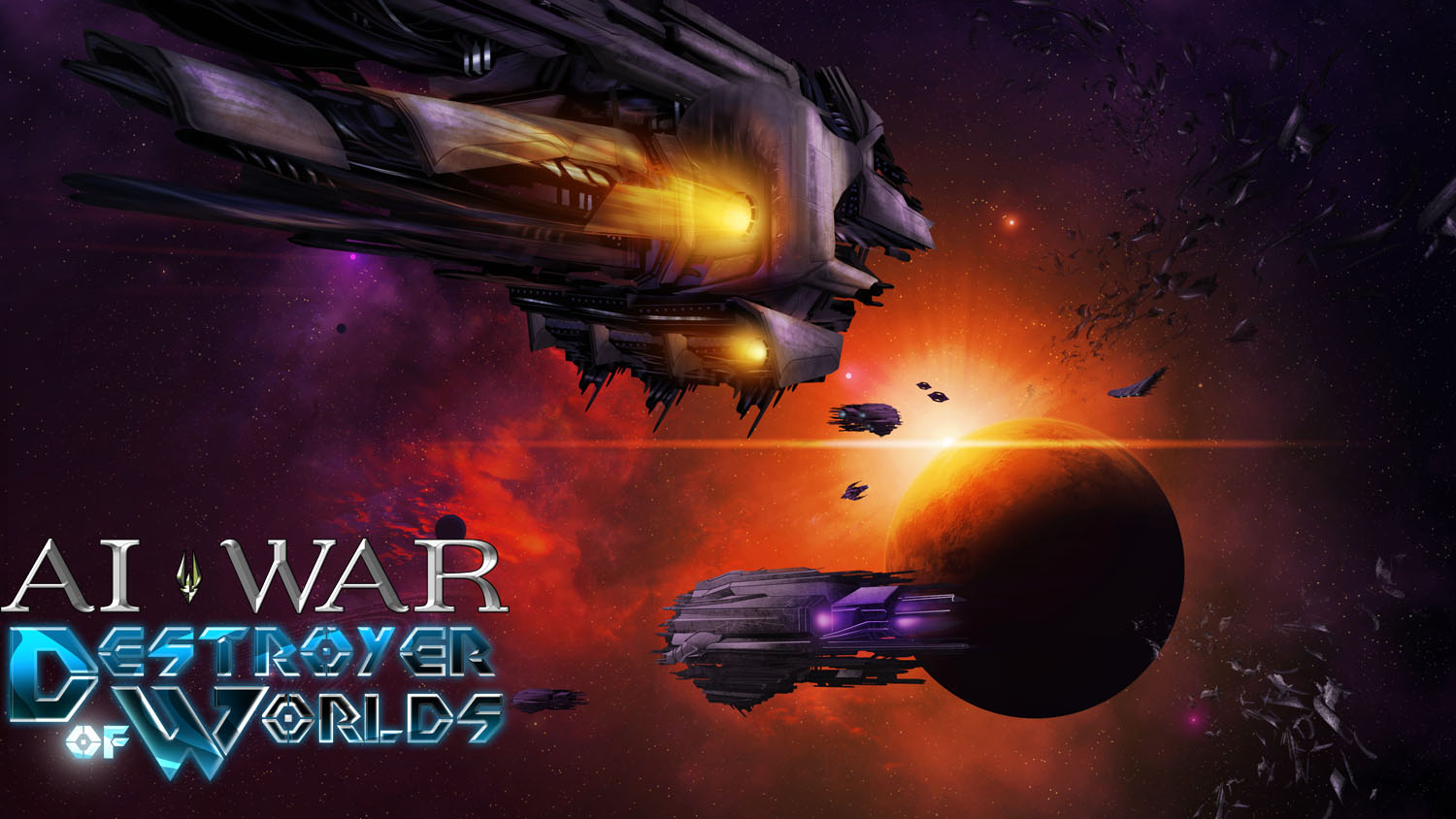 What exactly is added in the Destroyer of Worlds expansion?

A: This expansion focuses on two new optional features. "Nomad Planets" introduces dynamic topology to AI War for the first time, giving the player new challenges and opportunities beyond the previously-static wormhole network. One of the Nomads also holds a secret weapon of truly dire power (that gives the expansion its title, hint hint). The "Exodian Blade" is a powerful alternate way-to-win, but getting there is a multi-stage journey with a great deal of desperate fighting once things get going. Beyond those, this expansion also adds several new AI types, a new map type, new bonus ship types, a couple new AI guardian types, and the new "Preemptive" AI Plot. This expansion is slated for official release in August 2014.

In the game lobby (under Minor Factions) you can choose to add 1 to 10 Nomad Planets to the game. These are basically normal AI planets but they will gradually "move" across the map during the game, and periodically "relink" their wormholes to the planets nearest to them at the time. Needless to say this can rather change the defensive game, and also provides new offensive opportunities.

One of the Nomad planets will also seed with the golem-like "Nomad Beacon", which (if you can capture and repair it) can be used to influence the movements of the Nomads.

Also enabled in the lobby under Minor Factions, this selects one planet on the map where you can find your potential ally. But you can't see which planet that is, and have to hack into AI command station telemetry archives to get more information on where to look. Once you've found it... well, discovery is part of the fun :) But a titanic death-or-glory battle is involved.

We've had a lot of requests for more lore-laden journal entries like the Fallen Spire progression; there's also a good chunk of that here.

28 minutes, 50 seconds of new music by Pablo Vega in all!