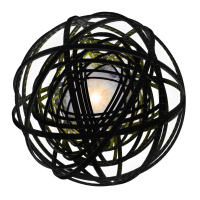 If the Advanced Hybrid Hives AI Plot is enabled, a super-hybrid will spawn that can build a "Dyson Antagonizer" on the Sphere's planet to make it spawn hostile gatlings. If the plot is set to maximum intensity, further terrifying effects are possible...