What was this phase all about?

We finally got out of the endless beta of The Great Refactor, and DLC1 had been been majorly beefed-up and multiplayer was better than ever. This phase marked the very last stages of the multiplayer beta before it left that status.

This phase was also a concerted shift back to working on DLC3 (The Neinzul Abyss), which was the final DLC for the game. Many of the various remaining kickstarter items were also taken care of (though a few last backer rewards still lingered after this period), plus some other bits that we just always wanted to add for the game.

This all culminated in the release of DLC3 and the AI War 2 Complete Edition. You can read a retrospective of the entire project that came out with that, if you like. 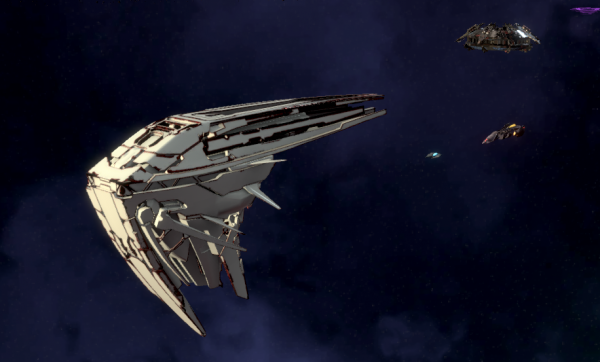 4.003 A Bit Too Chromatic Horrifying