What was this phase all about?

We hit a point, while working on the beta branch, where we realized we just needed to really rework a lot of the underlying code to make multiplayer and modding and so on be as bug-free and compatible as we wanted for the future. So this was supposed to be a digression that would take a week or two at most, but wound up taking closer to four. And there are then after-effects for a while, on top of that. But the good news is that it dramatically improves... performance, multiplayer correctness, how easy or hard the game is to code to, etc.

The goal of this phase was to finish up reworking all of the things that we need to, for maximum long-term enjoyment of the game. This also meant getting multiplayer almost, but not quite, out of beta.

We also did a huge number of extensions to DLC1 (The Spire Rises), and a lot of work towards the releasing-after-this-phase DLC3 (The Neinzul Abyss).

4.000 Return From The Endless Beta

DLC1: Splintering Spire For All

Deprecation Of Some Networking Frameworks

Beta 3.783 The Return Of Multiplayer!

Beta 3.777 Last Refinements For The Year

New Mod: From Spire Frigate to Dreadnought, by ArnaudB

The goal of this is to make the Elderling lifecycle a bit more interesting. I want it to feel like they have more of a real life cycle, and also to make it easier for players to get more Essence. There should be lots of weak Elderlings to hunt, but still to keep the "OMG that's terrifying" feel of the High-Tier Elderlings.

Neinzul Wild Hives have received a number of updates shoring up their core gameplay loop to feel far tighter, and make them feel much more like a fast acting, and reacting, infection. These changes help alleviate some issues related to them leaving half of the galaxy as a graveyard before you even arrive.

New turrets for the Sappers

The Start Of Fuel For Expert Mode

Rework Of Threading, V1, Lots Of Lack Of Success

Threading Works, But Chasing A Deadlock

Beta 3.743 Return Of The Imperial Spire

Improving The Fallen Spire and the Necromancer

Modders: Do you need to watch all of the above?

1. Not one bit if you're not coding anything. If you're making xml mods, you can completely ignore the above.

2. If you already think you understand how RTS networking works, then just read the below images and then skip to about the 30-minute mark in the second video. 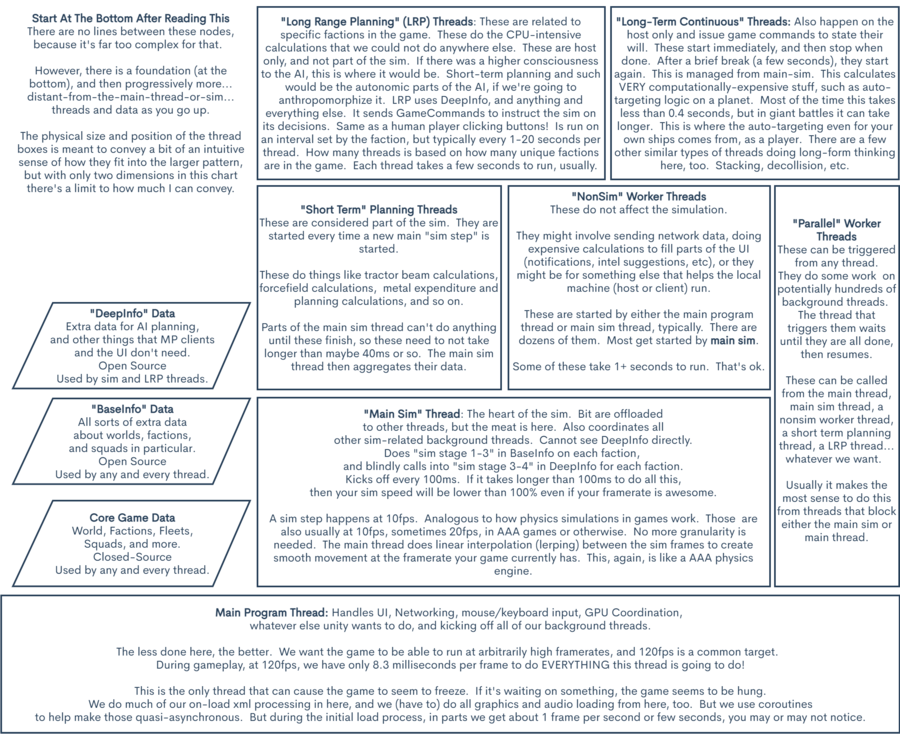 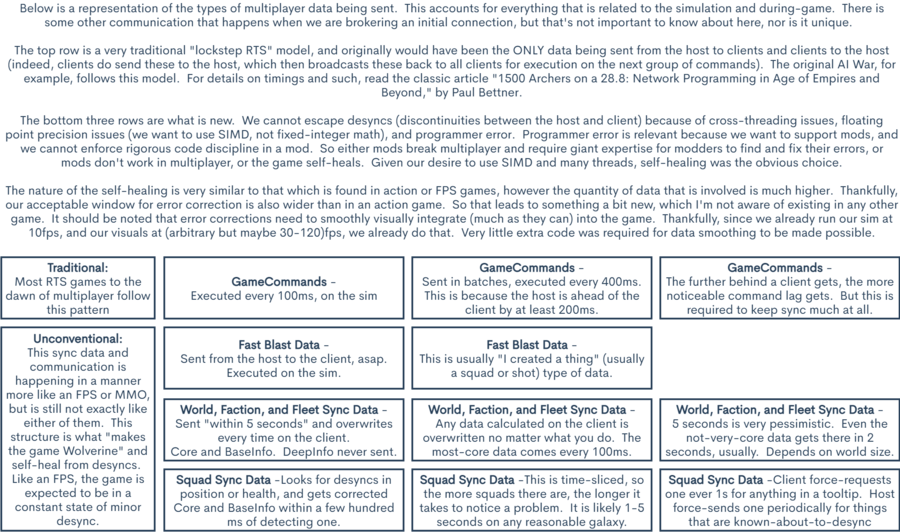 Modders: Do you need to watch all of the above? No, absolutely not. The timestamps do point out some interesting things that you may want to listen to, though, if a topic strikes your fancy. Even the regular code developers, like Badger, may find some of those sub topics rather edifying. You can click the timestamps in the video description, and it takes you right to where I am examining and discussing some particular piece of code. This jumps all over the place for different examples as appropriate, and does some work on AMU but not remotely the whole thing. It also shows some simple and complex faction data from the base game, and discusses both the theory behind these designs, as well as the practical uses of it. I feel like a professor trying to impart an entire textbook in a 3 hour lecture, but such is life. I will be available for questions and consultations. I want people to have a good experience with their transition to the better format, and also understand the sheer power and performance gained by doing the transition.

Beta 3.700 Bulk Of The Great Refactor

Make Your Own Quickstarts!

Rip And Tear For ExternalData

Restructuring The Upwards Link From Core To External, Part 1

Restructuring The Upwards Link From Core To External, Part 2