Buildings are constructed on planets by races, or in cooperation with the actions of the player. They fall into several categories including science and manufacturing. There is also an ultimate building for each race which can only be built late in the game.

Increase or decrease the relations between races.

Table shows 1.008 values compiled by windgen. The real game values are higher by 20% (changed in 1.012). The values should be divided by 100 to show the actual monthly gains. 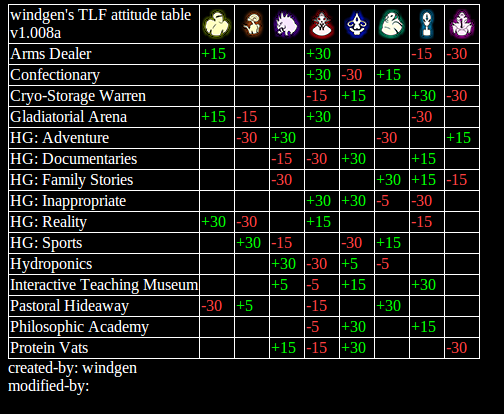