How to use in your fleet 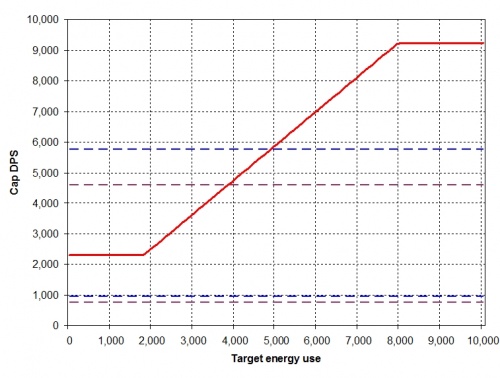 IRE damage maxes out when the target uses 8000 energy. For comparison, base and bonus cap DPS are shown for Fighters (blue) and Bombers (purple).

Don't take the DPS at face-value. The minimum multiplier of Impulse Reaction Emitter ensures that the actual base DPS is twice as strong as Fighters. For any target that uses more energy than 1792, this damage increases slowly until the maximum is reached at 7424. The effective multiplier against such targets is 3.75 (~882K/sec), significantly better than Bombers (cap-for-cap).

Practically speaking, it is better to think of IREs as a specific 'anti-large' bomber with stats like a Fighter. Fleet Ships and normal Guard Posts in general do not use enough energy to grant more than minimum damage. Their ideal targets are Guardians, higher-level Force Fields, and core Guard Posts. Amongst the optional content, Golems, Hybrids, Spirecraft, and Neinzul Enclaves wil generally grant maximum bonuses.

How to counter when in the AI fleet

Countering IREs should not be too difficult using regular fleet-ships and turrets. They can inflict heavy damage against unsuspecting Golems.